My Dad, Baker Reg Sparrowhawk, came to Nettlebed in 1927 at 18 years old. He came from Aston in West Oxon to work for Mr Cave Saunders in the bakery.

The hours were long and hard having to start each morning at 3.30 to make the bread and afterwards go with a horse and cart around the villages delivering it. Then at six in the evening back to work to make the dough for the following day. 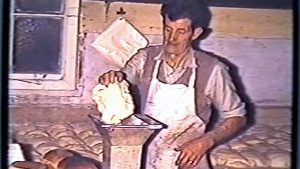 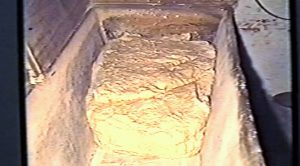 In those days doughs had to prove for 8 hours before being weighed up according to the size. He had a set of scales but not really needed as he could cut off a piece of the right weight from years of experience. Following that each piece of dough was moulded and tinned, all by hand, and baked for half hour and ten! Never 40 minutes, always ‘alf hour and ten.

The ovens were coal fired and stoked from a furnace. These very ovens are still in existence in Brights Showroom on Nettlebed High Street and well worth a look. There was little health and safety then with coal brought from the coal cellar and yeast was mixed in an old bucket by hand. I don’t even remember hot water there.
We lived though and had the pleasure of real bread. Well most of the time we did but if someone knocked on our door asking for bread it was ours that went. 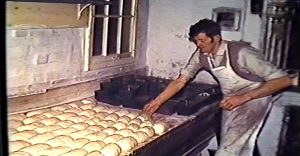 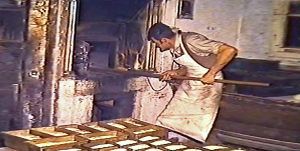 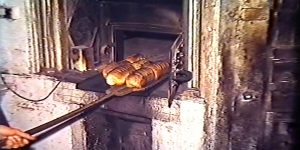 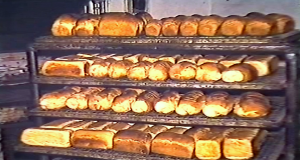 In 1949 when Dad was laid low with a slipped disc, Saunders decided to sell out and the bake house was closed. My Dad knew no other life so on his recovery early in 1950 he took on running the bakery himself with a partner. This did not last long and as his son, Pat, was leaving school, he went in to work in the bakery. Mother kept the books, they took on a roundsman, John Boffin, and carried on the business.
As kids we would deliver bread during dinner time from school, help stack the bread on Saturdays, load the van and then deliver around Nettlebed on a trade bike!!
He was mainly a bread baker but did make a mean lardy cake, dough cakes and buns. Christmas mornings he would wrap gammon in dough and cook this or turkeys for whoever wanted it. It was a very hard life and after a nasty flu at Christmas 1969 he was forced to retire after 43 years as the Village baker.
We have great memories of that old bake house and all the stories it told.
Sue Worth
2017