Old Camp Road, Nettlebed, Oxfordshire
A Tribute To Our Local Men Who Served In The Oxfordshire And Buckinghamshire Light Infantry Regiment 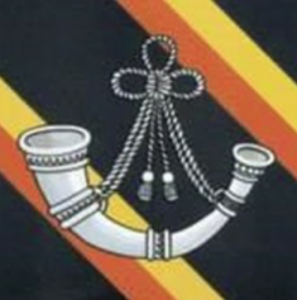 The regimental badge of the Ox & Bucks Light Infantry

Walking through the beautiful woods on Nettlebed Commons today it is difficult to visualise how this countryside looked some seventy years ago. In 1943-44 the whole of southern England was involved in the military preparations for the Second Front and the invasion of continental Europe which took place in June 1944.
For months the residents of Nettlebed had seen camps being rapidly constructed to accommodate the troops of many allied nations preparing for the assault on the beaches of Normandy. Some quarter of a million men and women arrived with tanks, trucks and ambulances which were kept hidden under the dense canopy of the beech woods.
Camp sites were built between Nettlebed and Peppard which included dormitory blocks, officers’ messes, kitchens, mess halls, engineering workshops, a medical centre and cinemas to entertain the troops. The United States Corps of Engineers built sewerage and water treatment plants, one of which remains and is used by Nettlebed village today.
One of the encampments was close to the centre of the village and the service road built by army engineers is known locally as ‘Old Camp Road’. It has never been officially named as such but at the request of the Parish Council, South Oxfordshire District Council has agreed to formally name the road off the A4130, at a time when the nation is due next year to remember both the start of the First World War in 1914 and D-Day in 1944. The name plate incorporates the regimental badge of the Oxfordshire and Buckinghamshire Light Infantry – the famous Ox & Bucks, in which many of the local Nettlebed men served and gave their lives. 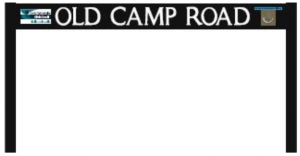 The new road name plate with the Ox and Bucks L.I. regimental badge.

The Ox & Bucks has a long history having been formed as the 43rd & the 52nd (Oxfordshire) Regiments of Foot in 1741 and 1755. They fought at the battle of Waterloo in 1815, forming part of the final charge against Napoleon’s Imperial Guard. In 1881 the two separate regiments combined and became the Oxfordshire and Buckinghamshire Light Infantry in the Cardwell Reforms. Although belonging to this one new regiment, the 43rd was the First Battalion and the 52nd was the Second Battalion. This arrangement lasted until the Regiment was reduced to one (regular) battalion in 1948.
The regiment served in India and fought in the South African Boer War. In the Great War of 1914-18 it fought on the Western front and in Italy, Macedonia and Mesopotamia. 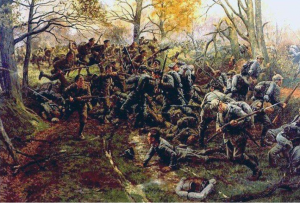 Ox & Bucks included many local men who defeated the Prussians at Nonne Boschen in 1914 during the Battle for Ypres.

Between the two World Wars the Ox & Bucks assisted the White Russians in their fight against the Bolsheviks and also the British Police in Ireland against the IRA/Sin Fein. 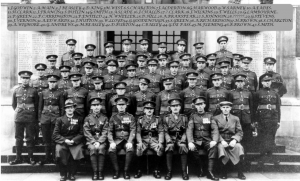 During the Second World War the Regiment saw service in France, North Africa, Burma, Italy, Belgium, the Netherlands and Germany. They defended the withdrawal of the British Expeditionary Force from Dunkirk in 1940, when many Nettlebed men lost their lives or were captured. 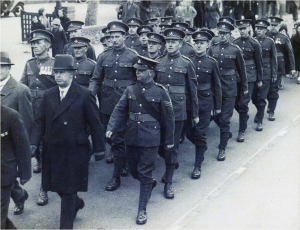 In June 1944 the Ox & Bucks landed on the D-Day beaches and, as part of the 6th Airborne Division, captured the two vital bridges over the River Orme and Caen Canal in Normandy, under the command of Major John Howard DSO. The successful operation is commemorated today with the Caen Canal crossing named ‘Pegasus Bridge’ – the mythical winged horse Pegasus being the emblem of the World War Two British Airborne Forces. This daring action was featured in the 1962 film “The Longest Day”. 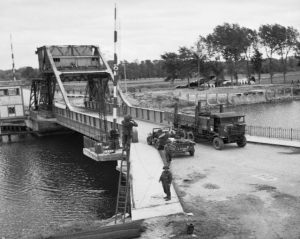 Pegasus Bridge captured by The Ox & Bucks Light Infantry in June 1944.
A British Horsa glider can be seen in the field on the far bank of the canal.

In 1958 the Regiment formed part of the new Green Jackets Brigade and then the Royal Green Jackets Regiment in 1966. In 2007, following further Army reorganisations, the combined Regiments became The Rifles.